This package is proof that unlike other studios that stuck to a basic and similar sound,
Norman Petty was capable of  much more than beyond his "Buddy Holly" and "Sugar Shack" reputation.
Through the ever-changing sounds of the mid to late '60s, Norman could keep up with the best.

His productions during a trip to Belgium garnered overseas charting hits from the Pebbles and crooner Roman Reed;
and diverse artists like Arthur Alexander and Chita Rivera also had Petty productions issued in 1965.

We have unearthed some buried gems, as half of the collection was originally unissued;
with a wide variety ranging from crunchy garage rock, psychedelic rock, sunshine pop
and even a West Texas country twanger from popular local musician Tiny Lynn.

The original master tapes have been captured in the highest resolution possible
resulting in another collection of crisp and punchy first time stereo and original Petty Studio mono. 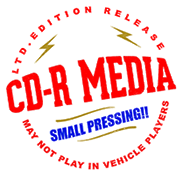 "There is no one better at preserving the legacy of Norman and Vi Petty!!
I am looking forward to many more releases from Nor-Va-Jak Music - this is great stuff. Get one today" ~ Tom K

"So excited! So Blessed to be on two recordings on Series # 6!
First with the TRYB as lead singer on "No Time To Lose" a Dave Clark Five cover
and on duet with Linda Rinaldo Taylor on a group I started The Colorado Sunshine Company doing " Just As Though (You Were Never There)!
Thanks Shawn so much for including us in this great collection! It is a real Honor!!!" ~ Arden Fennell